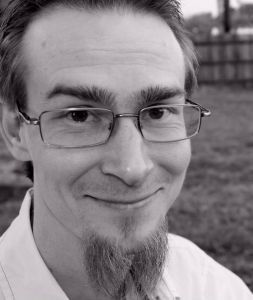 Radio and Audience Growth Farmer D. Grant Smith
Recently I had the opportunity to discuss radio promotions with D. Grant Smith. He's a radio host, promotions expert and he specializes in helping musicians and creative businesses build audience tribes he calls Growth Farming. We had a great visit and I asked if he'd share some of his wisdom with you! So, without further intro, here's our interview...

We live in a pretty Me-First landscape. Most of what people do to communicate with others is focused solely on themselves. Imagine that someone contacts you and mentions nothing about your work. All they do is talk about themselves, what they're doing, all their work. Then they tell you that they'd love it if you took the time to engage in all that they're doing, open your rolodex up and give them all that you've worked tirelessly on for years to grow their platform. You don't know this person at all. You've never had a conversation with them, seen their face, and they've never engaged in your work for a moment. But they recognize that you have an audience, and they want that. How would you feel? Would you feel like your talents, and the work you've done to build your tribe mean little to them, they just want the fruits of your labor? This is a little extreme, but it's a big reason why friends help friends and strangers stay on the outskirts of things. When we say that the industry is driven by who you know, that's only part of the equation. It's also who knows you back. Building relationships instead of pitching your music creates the opportunities for these doors to open up instead of making your prime purpose just marketing and pitching yourself.

2- What is the best way to go about building these relationships?

Since the primary way that people market themselves to new folks is to be self-centered in the approach, do the opposite. Who doesn't want to talk to someone who makes the conversation about the other person. That's how engagement works. There's a reciprocal connection that takes place because both sides realize that there are mutual interests and benefits for each party to gain from. So the best way to go about building relationships is to first be specific about the person you're reaching out to. Do a little research on them to know a little about what they do and why that matters. For radio personalities, listen to their shows or stations. Have an experience. Write that experience down. Then when you contact them, talk about what you heard and why it mattered. Make the conversation about them to begin with. No one else is doing this. It's the best way to get someone to talk with you. Once there is a response and a conversation is happening, they may ask you a question about what you do. Now you have a doorway open to talk about what you do and show how your two platforms could collaborate together.

3- Are there ways that you can share your music more broadly with stations and programmers?

Of course. There are multiple ways to get your music out to new people. Social media and video platforms like Youtube, Periscope and Facebook Live have all helped to further the audience reach for musicians. Getting added to a Spotify tastemaker's playlist is a great way too. To keep these new people coming back over and over, show yourself to be a community builder instead of someone just interested in growing some random number of followers. Most people are growing tired of joining in with people so hung up on being rock stars. They want to connect with people who value their tribes-members (tribes instead of fans or audience is important to note). Be approachable and bring your tribe into the work you're doing. Look at the platforms like PledgeMusic, StageBloc and Patreon to see examples of what that looks like.

I spent some time in a place years ago that taught me a whole lot about what growth actually looks like in both the music space, as well as business and in life. And this place wasn't in a band or a radio station. It was an amateur boxing club. My boxing coach taught me two important points that have not only stuck with me eight years after the fact, but have proven to be true over and over and over again.

The first point is this: Be uncommon. The common route is what everyone is doing. It's the bandwagon approach. It's the spam messaging that is so prevalent in music marketing, done by both indie/DIY musician and labels, promoters, PR companies, and similar. It's the Me-first/Me-Only focused marketing that media (both radio and elsewhere) is ignoring because it's boring and doesn't build connections. Do the opposite of this. Don't do the common thing. Be uncommon. Build relationships and create connections. Instead of starting with you, start with the perspective of the person you want to connect with and create conversations around their interests and achievements.

The second thing Coach used to tell us is "Be first." Don't wait for the person you want to reach to notice you to make a connection or start a conversation, you initiate. If you wait for your individual fans, media (radio, online, etc), and your music circles to start to notice your work, or to engage with you, you'll probably wait a while. Instead, get out in front and be an initiator. You're already an uncommon person by not following the bandwagons. Doing things differently and going first is how you stand out in a noisy, crowded music/creative space. You show yourself to be someone worth paying attention to. This is a big deal. It's what creates movements and gets people talking. It also build interest that can't be quelched. That's the attention you want. That's what goes viral and lasts.

It's up to you. Go first. Be uncommon.

For more information about D Grant or to purchase his book about DIY Radio Promotions, click here.