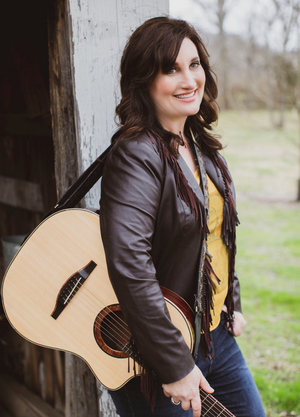 SAUSALITO, CA (May 4, 2020) — Nashville-based Shantell Ogden is excited to announce three new music placements. These placements continue a consistent track record of film and TV placements that began in 2013.

“Working with indie filmmakers is so much fun,” said Shantell. "Instead of thinking of a movie in my mind when I’m writing, I think about their movie and characters, and how I can best support the emotion they are creating in a scene."

The new movie placements include:

Romance in the Outfield: Double Play -

Shantell co-wrote and performed a song called “All That You Gave” for this movie. The movie will be coming out soon, and it was also used in the trailer (beginning at 1:12).

Lucy Shimmers and the Prince of Peace -

This movie features two of Shantell’s songs, and is slated for release later this year. One she cowrote with Doug Leonard called “More Than You Know.” It is performed by Nashville session singing legend Matt Dame. The other she wrote and performed by herself called “A Second Chance.”

“Shantell is a very talented singer and songwriter who finds great songs for my films on a indie-friendly budget,” said Rob Diamond, the filmmaker for both Our Father’s Keeper and Lucy Shimmers. “I’ve also had her write custom songs for my films, and she can capture the right emotion for any scene with a rare storytelling and musical sensitivity.”

"Especially during a time when touring isn’t possible as an artist, I feel truly grateful to be able to share my music in these family-friendly movies,” added Shantell.