Songs from Our Father's Keeper 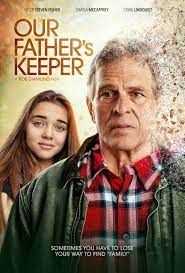 Recently, I was honored to have two original songs featured in Rob Diamond's film, Our Father's Keeper. It's a touching story about a family dealing with alzheimer's. It encourages viewers to grow in love and understanding for one another, and see the blessings despite some of life's most difficult trials.

There are two songs of mine in the film...

Both songs are available by clicking here.