Wendy Levy: The Career That Found Me

Recently, I had the pleasure of interviewing music supervisor Wendy Levy for Berklee College of Music's alumni blog. The following is a re-posting of the blog on Berklee Blogs.
LAB: The Career That Found Me

Wendy Levy didn’t set out to be one of the top music supervisors in Los Angeles, but, as she puts it, “It was the career that found me.”

The love of music started for Levy at an early age, she studied classical piano and started playing guitar when she was just 10. Though she heard about Berklee College of Music at a young age, Levy attended Duke and The University of Pennsylvania to study music and play intercollegiate tennis when she graduated from high school.

When she later entered Berklee to study her passion of composition, she was blown away.

“It was the greatest musical community I had ever experienced,” said Levy. “From day one I was writing and it was such a cumulative education for me. Everything I learned made me a very well-rounded composer.” 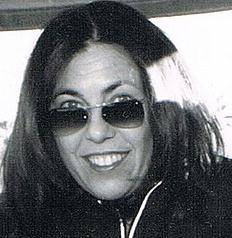 After graduating from Berklee in two years, Levy relocated to California where she was ‘kid in a candy store.’

She got her start working on commercials and working on songs with composers she met through Berklee relationships. Her first big break as a composer was on a pilot for Disney studios for the UPN network called Social Studies.

“I played polo with an executive producer. She liked my work and decided to hire me,” said Levy. “It was a huge opportunity as a composer.”

Levy had her start, but she was quick to point out that as a composer you need many clients to build a base of work.

“You need to have a growing base of clients to build traction as a composer and that’s an intense process,” she said. “You have to be good at what you do, but also be good at growing your own business because producers may not have the opportunity to hire you again for a long time.”

After 10 years working as a composer, Levy decided to build another business, but this time it was in technology.

“I ran a software start-up that worked with non-profit companies,” said Levy. “It was challenging in many ways, but I learned some essential business skills around finance, budgeting, marketing and consensus building.”

These skills came in handy when Levy was tapped to be a music consultant.

“I got a call from a development executive who was working on a pilot for UPN,” she said. “The Network didn’t think the music was working and they asked me to fix it. This led to other work sourcing songs and making suggestions to improve scenes that were scored.”

In 2004, Levy was hired as a music consultant by UPN and then the CW. She then went on to supervise shows for the CW, NBC, ABC, FOX, ABC Family and Lifetime.

“It was like everything came together for me in this new opportunity” said Levy. “I was able to see the music from multiple perspectives as a music supervisor. I knew what the composer was dealing with and I could supplement that with licensed music to support the creative objectives of a show within the context of the budget. I could relate to and negotiate with the labels and publishers on the business side.”

It was a position Levy fit into quite naturally, though there were some trial-by-fire moments in the beginning.

“The paperwork is a critical part of the job and it requires a lot of intellectual rigor,” she said. “You have to be really diligent and check and recheck all of your work.”

Her background in composition and marketing helps Levy pinpoint and support the brand ‘voice’ of the shows she works on.

“My job as a music supervisor is to identify the unique voice of each show- like a sonic paint box with the tone and voice of the production,” she said. “I present material to the producers to find out what they like. As characters evolve each season, the music changes to fit into that world.”

Levy pointed out that publishers and songwriters should know what songs to pitch to certain shows by listening to the music that is already being featured in it.

During her time as a music supervisor, she has worked on shows such as Life Unexpected, Switched At Birth, The Client List, The Nine Lives of Chloe King and 90210.

“Each show presents opportunities for creative problem solving on all levels. Music touches on so many aspects- you have to know who’s invested in the music, how the process will work and the music itself,” she said.

She stressed the importance of meeting tight deadlines day in and day out, and of developing a reputation of being a go-to resource for producers.

“TV is different than film because of the timeframe for music selection and creation,” she said. “We may need 38 minutes of music for a 42 minute show- and that’s a lot of music. I need to have nearly immediate delivery and be able to clear licensing on the songs quickly. The producers I work with have to know that in the eleventh hour I will come up with the goods and have confidence in that.”

Although Levy admits to toying with the idea of opening her guitar case to play and write again, she’s far from tired of her current position as an independent music supervisor.

“I love what I do because I can never know it all,” she said. “Things change and it’s so multi-faceted, there are always new problems to solve. It is less stressful today than it was eight years ago because I have the benefit of experience. It’s a comfort and confidence knowing there’s nothing that can come up today that I can’t deal with.”

“I was very lucky to get opportunities but I was also very prepared and ready to work hard when the opportunities came,” she said.