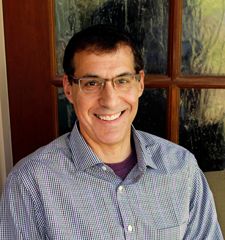 In the late 1990’s hit songwriter Billy Kirsch saw a change coming in the music industry, spurred by digital downloads.

Kirsch, who always had an interest in the business side of music, determined he needed to find a new outlet for his musical gift instead of longing for the good old days.

“I’ve always been entrepreneurial and co-published my work, pitched my own songs and got a lot of my cuts,” said Billy.

And Kirsch’s list of accolades as a songwriter is impressive. He has been Grammy & Emmy nominated and won both CMA & ACM awards. In addition, Tim McGraw, Kenny Rogers, Englebert Humperdink, Jimmy Wayne, Alabama, Donny Osmond, Lee Greenwood, Collin Raye, Steve Wariner and Wynonna have all recorded his songs.

“I had done some workshops in Nashville and really enjoyed it; I started to think about ways to enable people to write songs,” said Kirsch. “In talking with a family member, the idea of using songwriting as a corporate team building tool came about, and it really stuck with me.”

Billy founded Kidbilly Music in 2006 to deliver “team building through song®” for companies large and small. Since then, he has worked with numerous top companies such as Microsoft, Walt Disney, Price Waterhouse Coopers, Unilever and Bayer.

Billy attributes the success of Kidbilly Music to the foundational story telling aspect of songwriting.

“Every organization has a story to tell that makes them unique,” he says. “We help organizations understand more about who they are through working with large or small teams to write a corporate theme song.”

The initial ‘team building through song’ program has been expanded to include other corporate programs such as ‘icebreakers and energizers’ for conferences and ‘hit songs and true stories’ a performance featuring hit songwriters.

Billy is always excited to see about how much fun participants have when they embrace the songwriting process.

“You start out with a group of people that are nervous about writing a song and through the program participants experience this intense bonding of sharing emotion and this really cool writing and performance high,” said Billy. “It’s transformational for our clients because you go from ambivalence, to laughing, to seeing there is real creative potential in the song.”

Kirsch is glad he took the road less traveled and re-invented a way to use his creativity and songwriting skills.

“Our programs tear down hierarchy, the president of the company might write a song with someone that works on the loading dock,” Billy said. “Innovation starts creativity and creativity starts problem solving. Our clients value the positive disruption we provide in their companies because it becomes a catalyst for change.”

For more information about Kidbilly Music visit their website.