Early Media Praise for The Road that Drives Me 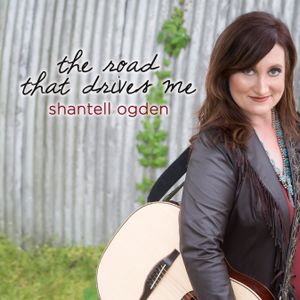 "Shantell’s voice is distinct, and she’s a blessing to have representing women in music today."
Wine Cowboy's Country Music Blog

"One word to describe this album best would be honesty as Ogden pours her heart out and into this album....incredibly raw, packed with emotion, conviction and, at times, vulnerability."
Something Country (UK)

“THE ROAD THAT DRIVES ME (2016) an eclectically-captivating, thoughtfully crafted, tunefully-rich collection of songs which sees 2015’s Songwriter of the Year winner not only make her debut as a producer, but also take her music in an exciting new direction. An exquisite twenty-five minute-long release sees this gifted award-winning singer-songwriter at her beautiful, creative best.”

“A stunningly-crafted and superbly-produced collection of songs from a singer-songwriter whose music could surely enchant the hearts of millions. Undoubtedly, this is her finest body of work to date!“
Emily Saxton's The Blog of Country Music/ 5 Star Review *****

“Already an award-winning artist, Shantell Ogden has just raised her own bar.”

“Shantell’s vocals on her newest project, have more subtlety and control than ever; the cool tracks perfectly carry her voice and her brilliantly crafted songs straight to the heart.”
Judy Rodman, vocal producer and hit songwriter

"During the many years I lived in Nashville, I never met a singer-songwriter who cared more passionately about her craft, or about writing songs that truly connect with people, than Shantell Ogden."

"This album is like a beautiful fountain, pouring its beauty and truth out from the deepest wellsprings of the female heart—and the still-rich American dream.

In an era when too many songwriters settle for “good enough” melodic treatment and lyrics, Shantell Ogden respects herself and her audience enough to never settle for second-best—to consistently and lovingly craft work that ranks with that of the finest Americana artists and songwriters of her era."  Underground Nashville/Dave Carew