5 Reasons People Won't Help You in the Music Business... 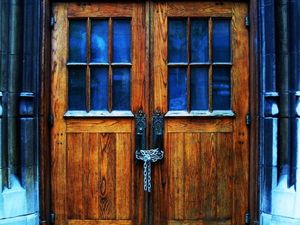 This edition of the blog may stir the pot a bit, and this is only my opinion, but I think some of these realities need to be shared- especially with newcomers to the industry. So, here are five reasons that I've found that people won't help you in the music business...

1-Competition- the competition is fierce in the music industry, and companies, who are run by people, have investments to protect and to hopefully see a return on. That means you may be a great artist, but you're not the great artist they have already spent money on that they need to re-coup. And, you may have a great song, but they have hundreds of great songs that they have paid staff writers for available in their catalogs. At the end of the day, they are going to try to make money on what they have already invested in, rather than taking on someone new or new songs. This leads me to number two...

2-Unwillingness to Risk- I can't tell you how many promises I've heard over the years from people, who on some level probably had good intentions at the time, that vowed to open the door for me in some way. One of these folks I met with at an industry association for over the span of two years, hoping that something would actually come of the promises. Some I think are fearful that they just need to ride whatever wave they have left without rocking the boat and maybe they have been burned in the past sticking their neck out for someone else.

3-Fear- So let's say you're a hit songwriter or big time artist. When you're at the top of your game, it takes a lot of confidence to look around and invite someone into that space with you that's an up and comer, because well, they might be really good. And, they might be so good that you maybe don't look as good anymore. Think about it...

4-Time- People are busy and none of us have unlimited time. And people in the music industry are especially busy because they are trying to figure out how to make money (see number one). There are a lot of people who just don't call you back because they are overloaded. And, there are a lot of writers who are trying to maximize their writing time with people they can most likely get cuts with. If you had the choice between writing with a friend who is a great writer or an artist with financial backing, label interest and an album in the works (even if they don't write as well), who would you choose?

5-You're not as good as you think you are- This reality is probably the most harsh reason of all for those pursuing their dreams in making music. But, if you've been working at it for years without any success or validation, however big or small, then you need to really take a hard look at yourself as a creator. Your family and friends will love your music because they love you, but think beyond those people.

Before you go thinking that there is no hope, let me just share something that Roger Murrah (a hit songwriter and successful businessman) said to me when I moved to Nashville nine years ago. "Network with everyone, and you'll find people who will be willing to open doors for you. Keep being the kind of person that people want to help."

I have found him to be 100 percent totally true. And, I will say that I've been very blessed to meet wonderful people out there who are helping me on a daily basis pursue my passion and grow in my career to the next level.

And, don't forget there is a lot you can do yourself to build your career while you are growing in your art and networking to get to the next level. Hire yourself as your manager. Write great songs. Record and promote your own album. Pray. And, just get out there and work because the truth is that no one is coming for you with a record deal on a silver platter. Build a career the old fashioned way- one fan and one song at a time.

Have something to share? Think I'm crazy? Just add to the comments section below...