The Magical Keys of Gary Prim... 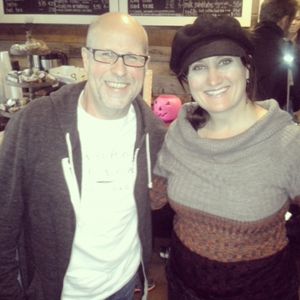 Gary and me talking music at Edgehill Cafe

With credits like Keith Whitley, Charlie Pride, Alabama, Kenny Chesney, Billy Currington and Alan Jackson to his name, Gary Prim is one of the top keyboard players in Nashville. What also makes Gary interesting though, is that in addition he has had pop cuts with artists like Patty LaBelle and Deon Warwick as a songwriter, and he composed music for a soon-to-be-on-Broadway show entitled "Twist." He is a multi-talented guy!

Gary moved to Nashville in 1977, after a three-year road gig with a Christian group called The Hinsons; he immediately got swept into the session world.

"I really like being in the studio because I guess I'm a little shy," said Gary. "I prefer to be performing with a group of musicians rather than on a big stage in front of a lot of people. It wasn't long until I was working full time as a session player, and that's what I've done ever since."

Gary said one of his early career highlights was working with Ronnie Milsap.

"Ronnie actually called and requested me for the session," he said. "I was honored because I had been a long time fan of his music. It was great working with him."

When I heard Gary's work on my own record, the adjectives that came to mind were 'tasteful and enhancing.' It's clear he really listens to what's going on with the music- and he doesn't try to shove in any riffs just because he can.

"When I'm in sessions, I listen to the vocal and play around in the space," said Gary. "In Nashville, we sort of arrange as we go and play in between each other during tracking."

In short, Gary is a great player (and a kind person) and I'm blessed to have his magical keys on my record! 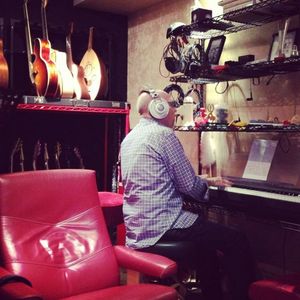